In December 2015 we were approached by Carbon Friendly Enterprises (a local indigenous owned and run business ) if we would like to get an Energy Audit & Energy Efficiency Opportunities Site Assessment that may answer some of our electrical issues plus bring to light where our consumption is being used.

It took some convincing but eventually we decided to place our trust in Carbon Friendly (CFE) and gave them the “Green Light” so to speak. The first thing they did was perform a detailed load profiling assessment which revealed several things about our company and the way we operate as well as the underlying “harmonic” and dirty power issues that was causing our high value assets to fail. As they explained electronic parts do not wear out, they burn out and this was the cause.

Having identified the cause, they worked with us to provide a permanent fix using state of the are power management equipment and verifying the results. To date we have gone from a position of high exposure to almost Zero breakdown downtime due to electronic/electrical failure. This gives us and our clients confidence and to ensure that our customers can rely on us to deliver on time a high-quality product every time. 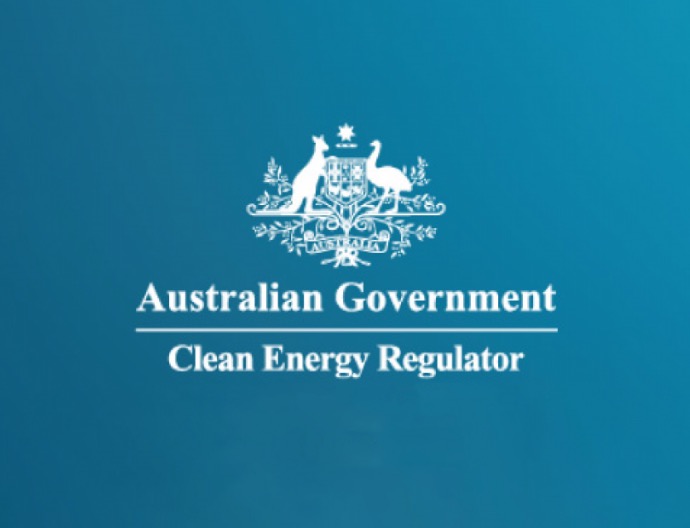 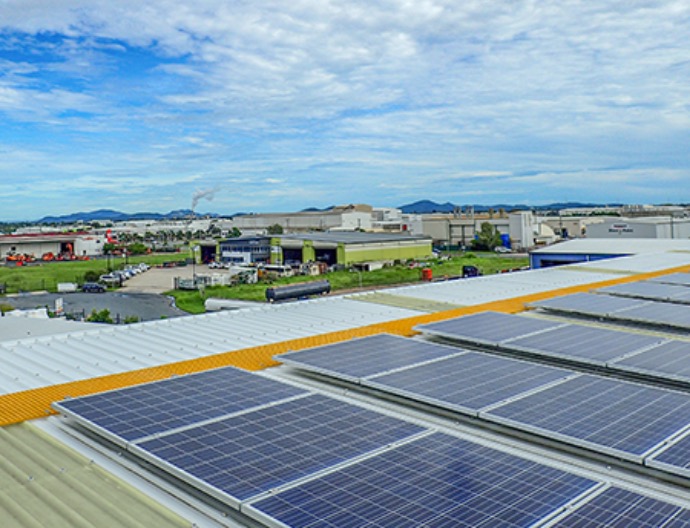 We partnered with CFE to introduce and implement an effective Energy Management plan as part of how to operate, incorporating Energy Performance indicators (EPI’s) as an integral part of our KPI’s.

Taking a long-term view and a staged approach, viewing this as an opportunity to demonstrate an ongoing commitment to improving our operation and reducing our Carbon Footprint. 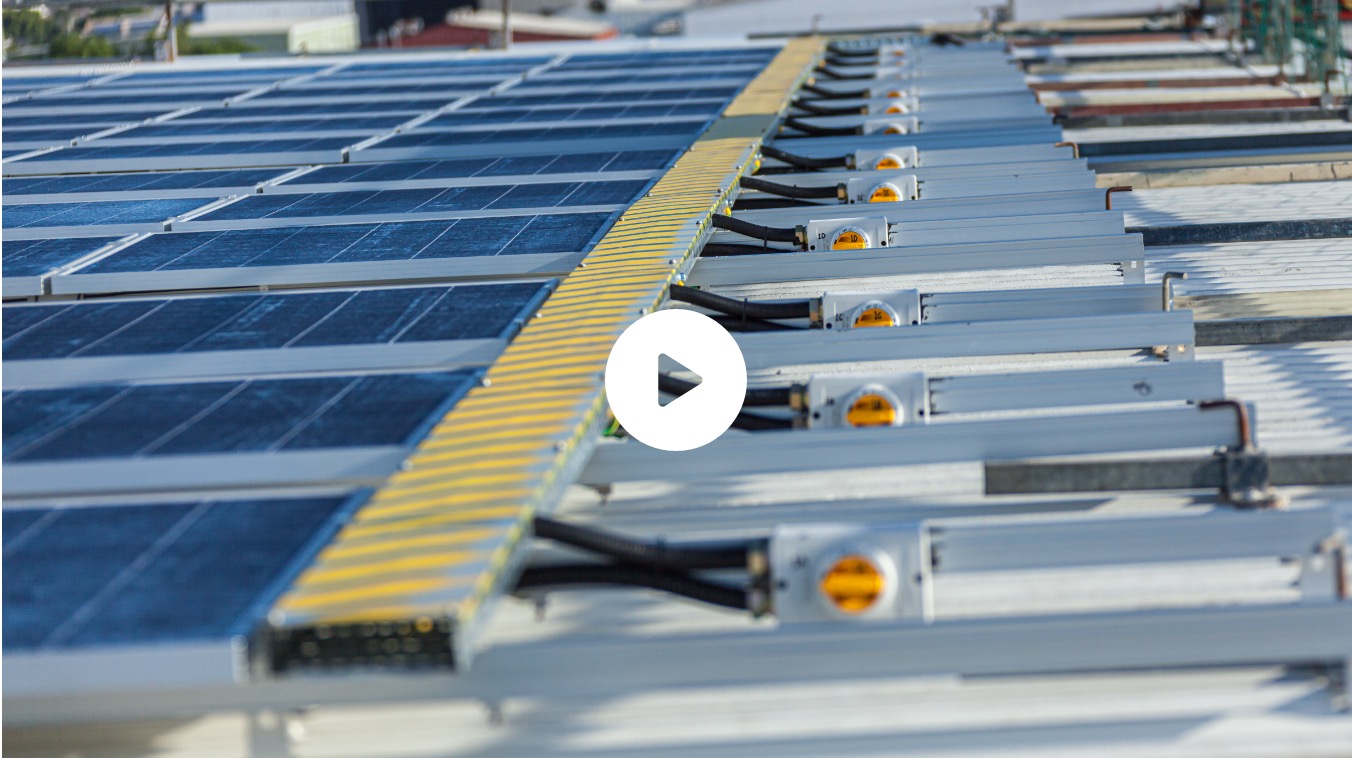 This carefully planned approach was as follows:

Install State of the Art Intelligent Power Conditioning & Phase balancing – energy savings of 14% and reducing load on the grid network. Measured power factor was 0.65 to 0.794.

What is Power Factor?

Power Factor is the ratio of real power to apparent power. The closer the power factor comes to unity, the more effectively the site electricity is being utilised. Power factors of greater than 0.9 are considered good. The simplest way to explain power factor is the beer analogy located in Figure below. 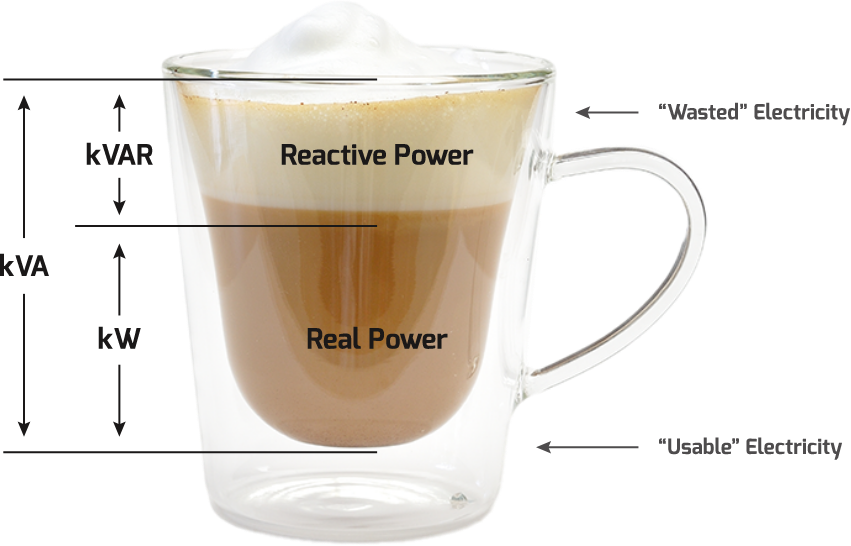 2.1 – State of the Art Intelligent Lighting upgrade to LED

Energy savings of up to 80%, providing a safer environment for our workers by not exposing them to the real risks of Arc lighting and reducing environmental contamination and load by not using lamps that were made of toxic heavy metals which are costly to the environment to produce and dispose of.

Results: The lighting upgrade translated to an annual reduction of 108,372kWh that equates into an 88 ton of CO2 reduction from the atmosphere annually.

Generating a projected 102,841kWh annually, reducing C02 emissions by 84.9 metric Tons annually and helping us towards our goal of a carbon neutral company.

Being fully implemented in January 2017 resulted in an electrical bill reduction of 50% in the first year and an estimated 70% reduction from year 5 onwards. Actual production of 207,145kWh per annum, far exceeding expectations that translates into 171 ton of CO2 saved from entering the atmosphere annually. 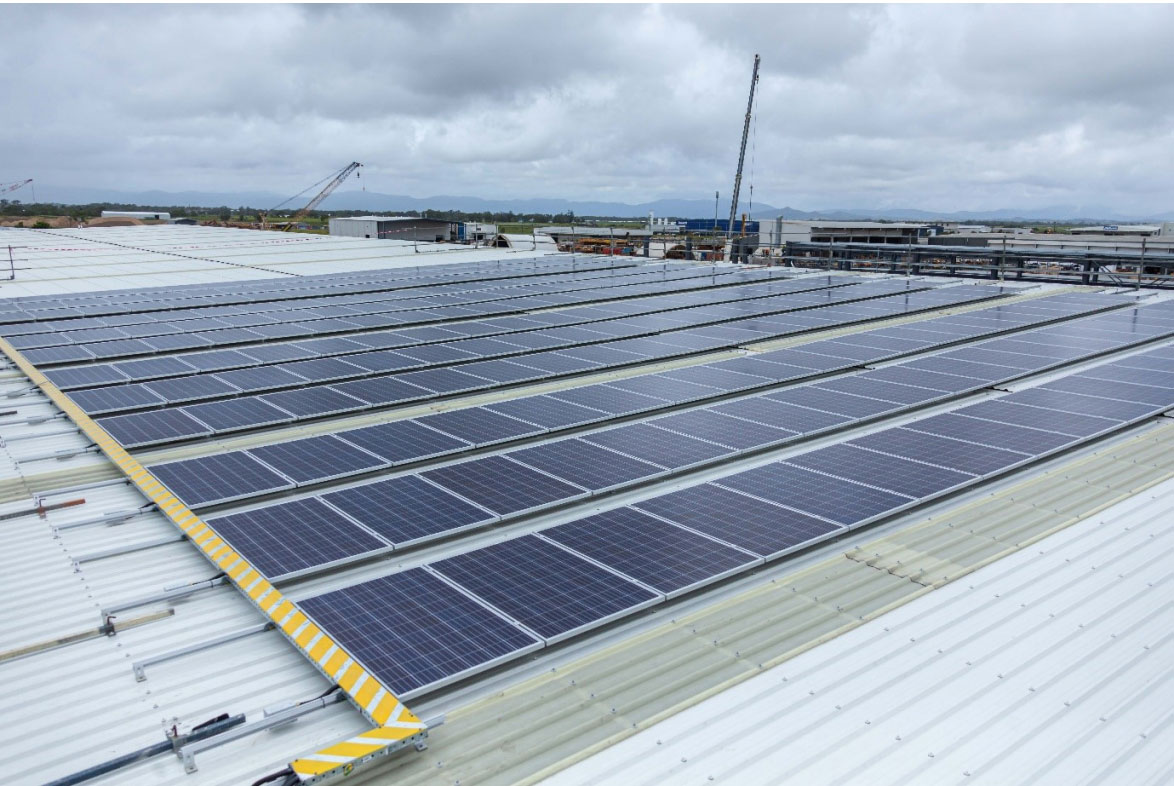 As Stages 1-3 of our energy solution was so successful, we have now completed Stage 4 (March 2020), installing an additional 82kW solar system to offset the never-ending energy price rises. Projected maximum production of 300,000kWh.

Until now, on the 63.3kW solar alone has produced enough to power 25 homes for 1 year, 25 passenger cars driven for 1 year, 205 barrels of oil and equivalent to 2422 seedlings planted. Actual production of the new 82kW system generated 88,662kWh (computer controlled to produce only what we consumed with no excess) equated to an additional 72.7 metric tons of CO2 not entering the atmosphere per annum. Enough to power 10.9 homes for 1 year, 145 barrels of oil, 13.3 passenger vehicles driven for 1 year.

This new direction for our company and carefully planned energy solution ensures we save on our bottom line. An investment that is working in reverse, saving us money by reducing a major overhead and helping the environment at the same time. 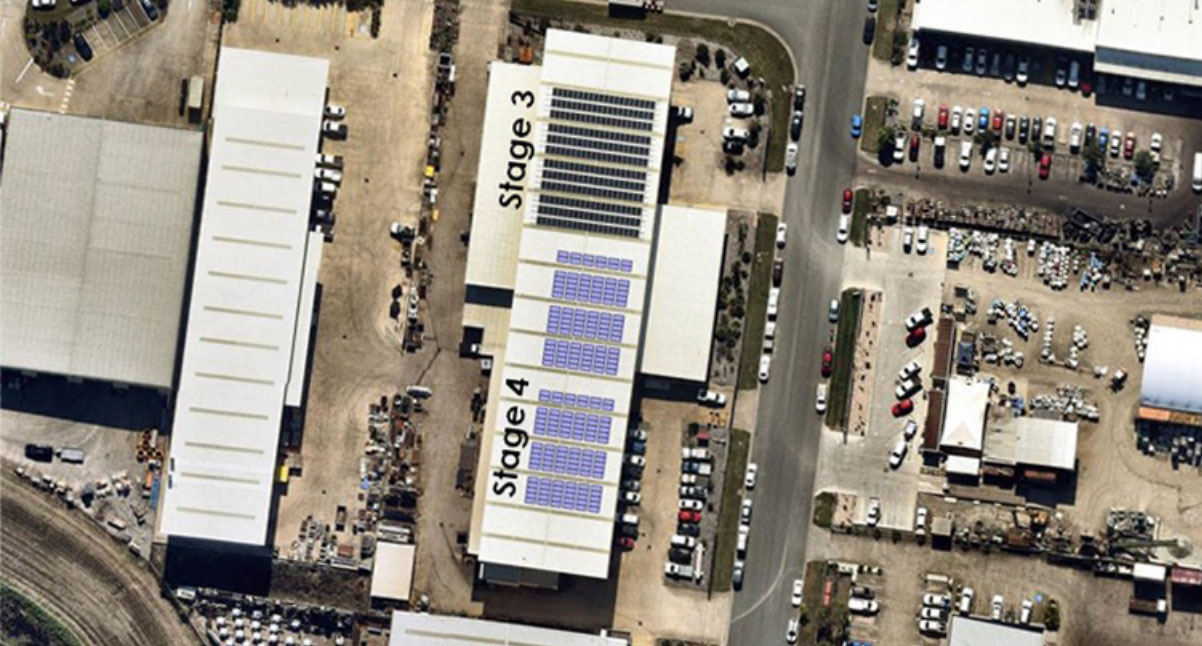 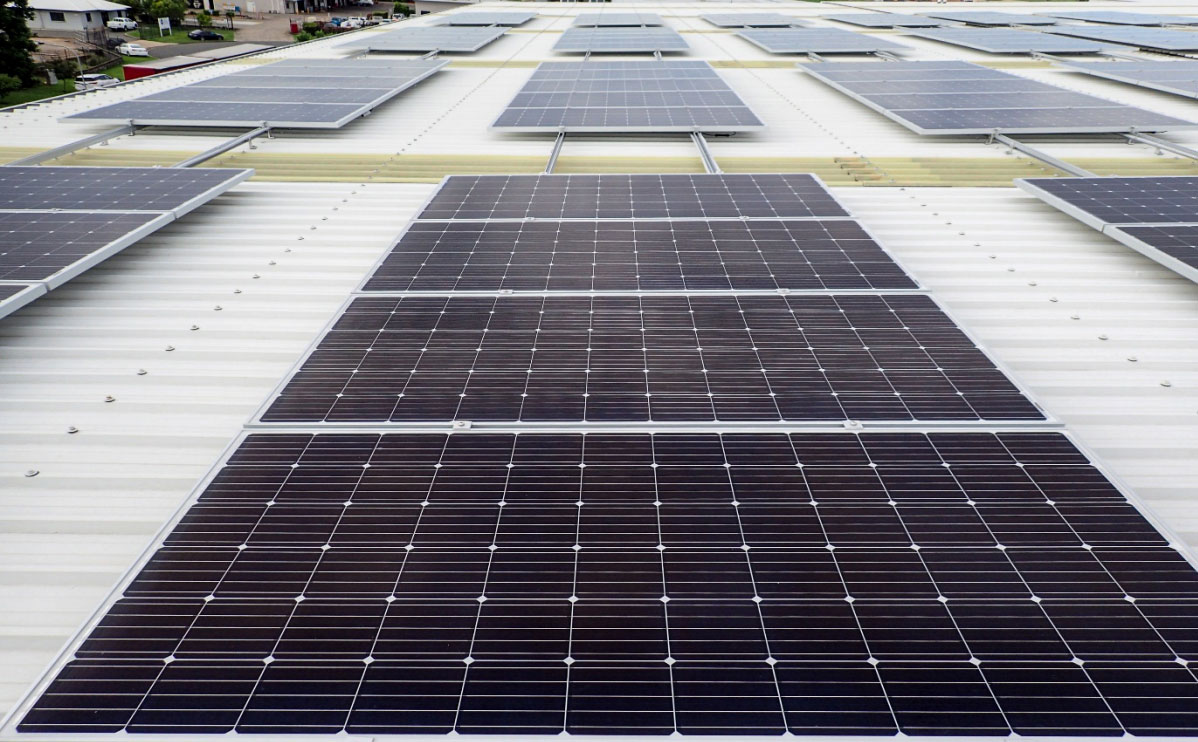 With a combined output of both solar systems of 155kW allowed Werner Engineering to apply and become an accredited “Green” Power Station. This enables Werner to sell excess power generated back into the grid, help us towards the goal of becoming not only carbon neutral but carbon positive, sell green power to other businesses and set up a charging station for electric cars. The mind boggles.

Application forms have already been lodged for approval to sell power back into the grid. 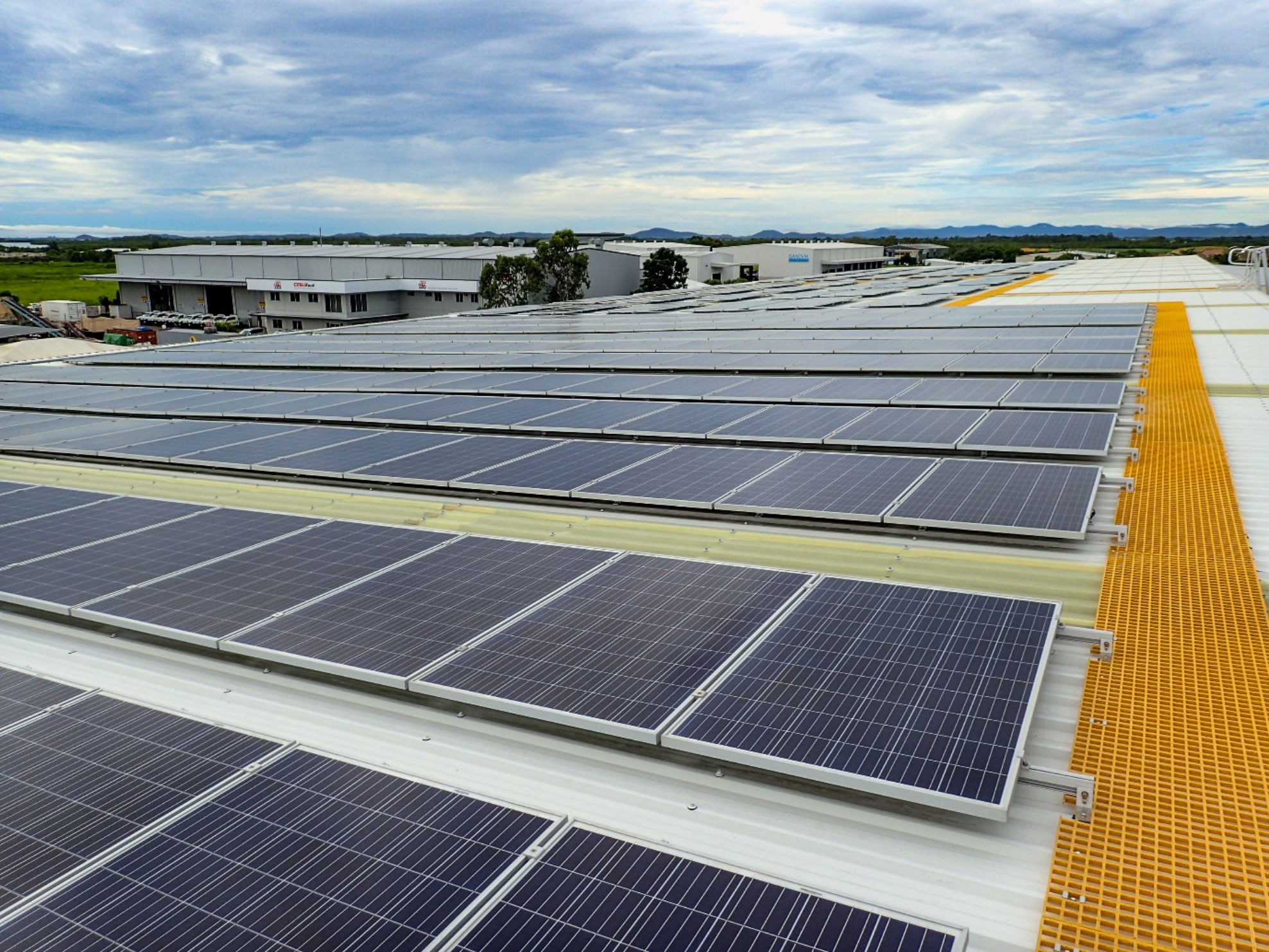 The above graph is a great pictorial way to explain what we have been trying to and actually achieving.

These are actual figures from Tuesday 20th October 2020 on our consumption of power verses production of power. The purple is our power usage and the brown is the solar power production with the timeline below. We start work at 6.00am and finished on this day around 4.30 – 5.00pm reflected in the graph. The purple shade is what we have purchased from the power grid that was not covered by solar production, the brown shade. At 6.00 am the sun was not at its strongest and the solar was still ramping up, the gap around 10.00 am was heavy cloud coverage reducing the solar production but noticeably still producing power.

A combined result of Stages 1-4 has seen our electricity bill be slashed by 75-80% while still expanding and growing the business, at the same time dramatically reducing our carbon footprint and becoming a carbon neutral business. Once approved to sell excess green power back into the power grid Werners will become carbon positive. Something we never dreamed of being able to claim let alone achieve.